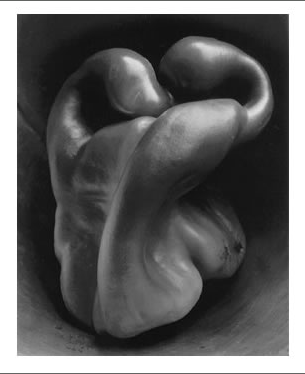 Edward Henry Weston (March 24, 1886 – January 1, 1958) was a 20th century American photographer. He has been called “one of the most innovative and influential American photographers…” and “one of the masters of 20th Century photography”. Over the course of his forty-year career Weston photographed an increasingly expansive set of subjects, including landscapes, still life, nudes, portraits, genre scenes and even whimsical parodies. It is said that he developed a “quintessentially American, and specially Californian, approach to modern photography” because of his focus on the people and places of the American West. In 1937 Weston was the first photographer to receive a Guggenheim Fellowship, and over the next two years he produced nearly 1,400 negatives using his 8 x 10 inch view camera.