Photographer Michael Robert Williams grew up in the small town of Congleton, just south of Manchester in North West England. Some time later he moved to London armed with a camera, a photography degree, enough money to live on for a couple of months, and whatever would fit in the back of the car. Still […] 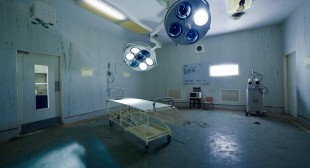 Gerhardt Coetzee studied photography at Nelson Mandela Metropolitan University. He completed a major project for his photography degree on the issue of white poverty in Coronation Park, South Africa. His latest series documents the the Kempton Park Hospital which was abandoned, fully equipped, in 1997. Bureaucratic indecision and tender wars have kept it unused for […]