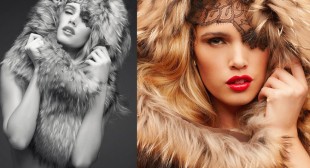 Sam Yocum was born in Texas on a working ranch, as a young boy with camera in-hand he’d ride across the fields shooting pictures of anything that caught his eye. Encouraged by his aunt and uncle, who were fashion photographers in New York, he was shooting proficiently and by age 13 was published, establishing a life-long passion with fashion and beauty photography.

Today he continues to explore new areas of creativity, and has recently begun directing, bringing his clean, timeless beauty touch to motion. Based in New York City, Sam is known for taking an agency’s creative concept from beginning to completion by producing stunning photographs that create the lead visual branding needed in today’s competitive market. He has worked on multiple re-branding projects with great success for various premiere brands & this work has won multiple awards in various international competitions including the Chicago Athenaeum, ID, Smithsonian Design, Step Inside Design, AltPick and; has been featured in Lurzer’s Archive. His list of celebrities he has worked with includes CEO’s and prominent industry individuals.