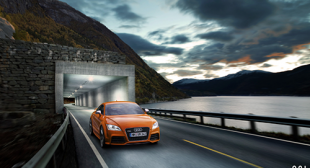 Ivo lives in Hamburg, Germany though the world has become his extended home. He had hoped on becoming an actor, went on to study art and graphic design and began shooting scenarios with people for magazines. A few years later Ivo was approached by an art director to shoot his Volkswagen Golf in the same manner as he had captured the women for his personal series. People and cars became a big success. As of 1990 he began to shoot for Italy, Austria and Switzerland then the US, Czech Republic, Spain and China.