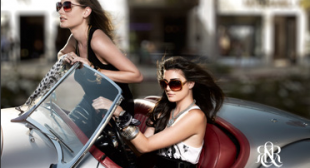 A native of Chicago, Jerry Avenaim got his start in photography as assistant to legendary photographer Patrick Demarchelier. Upon venturing out on his own in 1985, his first assignment was a foreign edition Vogue cover of (then rising star) Cindy Crawford. Basing himself out of Milan, he began to work for Italian Vogue under the direction of Editor in Chief Franca Sozzani.

With an already established fashion career, Avenaim moved to Los Angeles in 1992, where he is now based. Jerry began photographing celebrities and immediately fell in love with the genre. “I love actors and have such a great respect for the craft and it’s process.” Through the years, he has gained the trust of some of the most strong willed celebrities. In the last decade Avenaim’s resume of mega-watt stars reads like a who’s who of Hollywood.

Throughout his career Jerry Avenaim’s photographs have been seen in almost every major magazine worldwide, including Vogue, GQ, Glamour, Vanity Fair and Newsweek. With the characteristic variety of mood and tone so evident in his fashion work Jerry Avenaim’s celebrity photographs organically combine the sensitivity and vulnerability of his subjects with his ability to bring out their often uninhibited and gregarious personalities. Be it a portrait of the exquiset Halle Berry reminding the viewer Hollywood is still glororus or Dr. Phil with a full on grin for his first Newsweek cover. These photographs will always be remembered, as the future photographs remain to be made.

As a catharsis, Jerry Avenaim is also deeply inspired by what he calls his “soul cleansing” personal works. These include his book projects such as Naked Truth and One Mile Radius. Taken from the foreword of Naked Truth: “It is in Jerry’s work that his personality and character emerge.