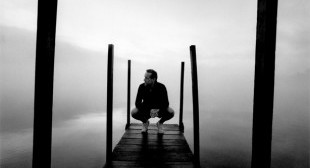 Ross Halfin had originally intended on becoming a painter, studying fine art at the Wimbledon School of Art in the 1970s. It was during this time that he bought his first camera, a Pentax Spotmatic, and would sneak it in to various concerts to photograph the shows. He would send his images of bands such as The Who and Led Zeppelin to various London music publications. This inspired a writer from Sounds to form a new music magazine focusing on rock music only. He photographed AC/DC for the first issue of Kerrang magazine in 1981, and since then has spent the last three decades touring with many of the worlds biggest bands, including Iron Maiden and Metallica as the official tour photographer.