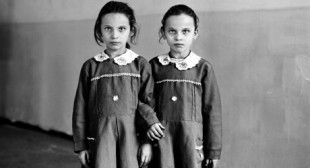 During the decade Winship lived and worked in and around Turkey, her eye was often drawn to the dresses worn by schoolgirls in the region. Always blue, across every village and town, the uniform was a symbol of the Turkish state. Yet tiny details – a lace collar, an embroidered message – defined the girls as individuals. Girls in rural Eastern Turkey have frequently been denied schooling, with traditional values prioritizing work in the home over education. In addition, long-term, low-level conflict between the state and Kurdish separatists has disrupted life in the area. More recently, the Turkish government has become attentive to the situation, with record numbers of girls attending classes.