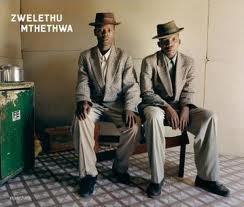 Zwelethu Mthethwa (born 1960), was born in Durban, received BFA from the Michaelis School of Fine Art, University of Cape Town. He received a Fulbright Scholarship that allowed him to study at the Rochester Institute of Technology, where he received his master’s degree in imaging arts in 1989. Upon returning home, he worked for some years in business before becoming a lecturer on photography and drawing at the Michaelis School in 1994. He left the post in 1999 to devote himself full time to his art. Mthethwa is best known for his large-format color photographs, but also works in paint and pastel; he has had over 50 solo exhibitions in galleries around the world. Currently he lives and works in Cape Town.