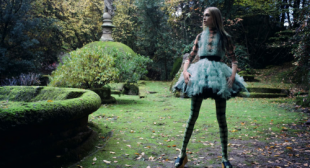 Horst Diekgerdes shoots for Elle, Numero, Harper’s Bazaar, Another Man, Sonia Rykiel, H&M, and Uniqlo, always creating mysterious fairytale-like scenes that seem to have a dark side. As a masterful storyteller, he uses soft light and interesting outdoor and indoor locations.

German photographer Horst Diekgerdes started his professional career in Paris before moving to London. Working internationally across the U.K., Europe, the U.S. and Asia, he is currently based between Paris and Zurich.