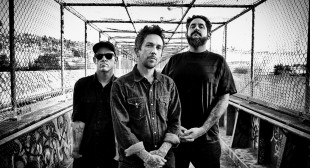 Robert John began his career as a professional photographer in the music industry in 1982 by shooting W.A.S.P., London, LA Guns and Hollywood Rose. When the latter became Guns N’ Roses, Robert worked with them and became their exclusive photographer when the band was signed to Geffen Records.

Robert is one of the top international music photographers in the world. His clientèle is a Who’s Who of the rock n’ roll scene that spans the 1980s, 1990s and today, including Guns N’ Roses, Alice Cooper, Ozzy Osbourne, Elton John, Backstreet Boys, Rolling Stones, The Cult, Aerosmith, Jane’s Addiction, Faith No More, Marilyn Manson, Motörhead, Sepultura and more, as well as many models and actors in entertainment such as William Shatner, Power Rangers, Christina Applegate, Leah Cevoli, and Susie Owens.

Robert has a reputation for keying in to the artists’ brand image and capturing the emotion of rock n’ roll in his images and artwork. He developed his own techniques and style that uses light, shadows, grain and contrast, and has the remarkable knack of making any artist look great yet delivering high quality on tight deadline.