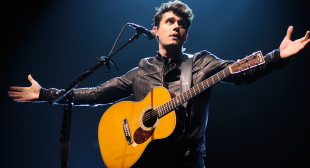 His work has appeared in publications such as Rolling Stone, the New York Times, SPIN, Billboard, Entertainment Weekly, Alternative Press, The Wallstreet Journal, The Boston Globe, The Village Voice and Harper’s Bazaar. From sold out stadium shows to smoky basement gigs, compelling band portraits, or creative for a national campaign, if it rocks and rolls, Todd Owyoung can photograph it.