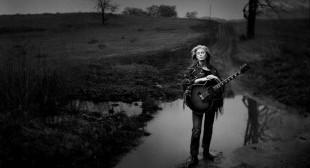 Annie Leibovitz was born on October 2, 1949, in Waterbury, Connecticut. While studying painting at the San Francisco Art Institute, she took night classes in photography, and in 1970, she began doing work for Rolling Stone magazine. She became Rolling Stone’s chief photographer in 1973. By the time she left the magazine, ten years later, she had shot 142 covers. In 1983, she joined the staff at Vanity Fair, and in 1998, she also began working for Vogue. She has worked with many arts organizations, including American Ballet Theatre, the Brooklyn Academy of Music, and the Mark Morris Dance Group, and with Mikhail Baryshnikov. She is one of the worlds most influential portrait photographers.